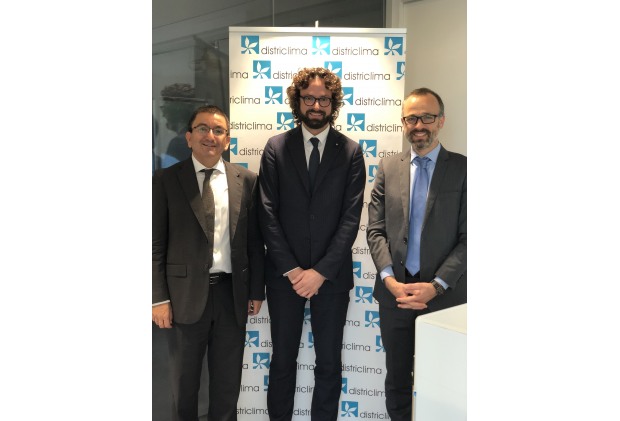 The General Consul of France in Barcelona, Mr. Cyril Piquemal, visited yesterday the facilities of DISTRICLIMA in a courtesy visit resulting of his interest in getting to know the best practices in the energy transition field. The intensive use in France of nuclear energy as a source of energy supply is widely known, but not its commitment to district heating & cooling networks, also widespread in the territory for many years. As an example, only ENGIE Group networks total more than 45 in France.

In Spain, DISTRICLIMA's district heating & cooling network is the largest and clearest example of the consolidated success of circular economy and sustainable air conditioning. With a network of more than 18 km in length and more than 100 connected buildings, DISTRICLIMA avoided in 2017 the emission of 20,287 Tons of CO2 into the atmosphere.