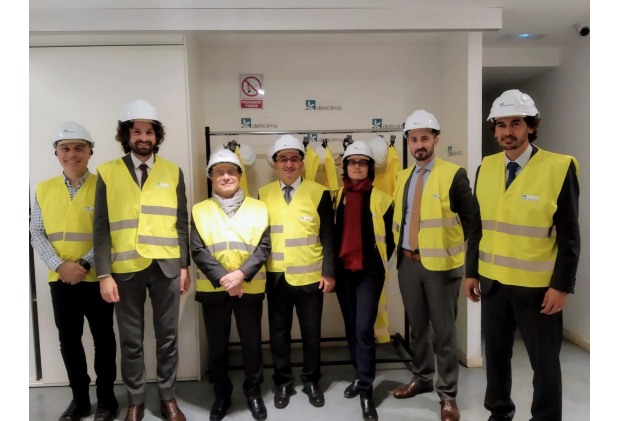 DISTRICLIMA receives the visit of the Ambassador of France in Spain

On November 19th DISTRICLIMA had the honour of receiving the visit of the French Ambassador to Spain, Mr. Jean-Michel Casa, accompanied by the General Consul of France in Barcelona, Mr. Cyril Piquemal, as well as other members of his team and a representative of the Barcelona City Council, since the visit was framed on a route through the city to learn about the various aspects of the 22 @ project in Barcelona. DISTRICLIMA is an exponent of smart city and an example of energy restructuring of an urban area under transformation under a model of public-private collaboration, aspects on which our guests showed a special interest.