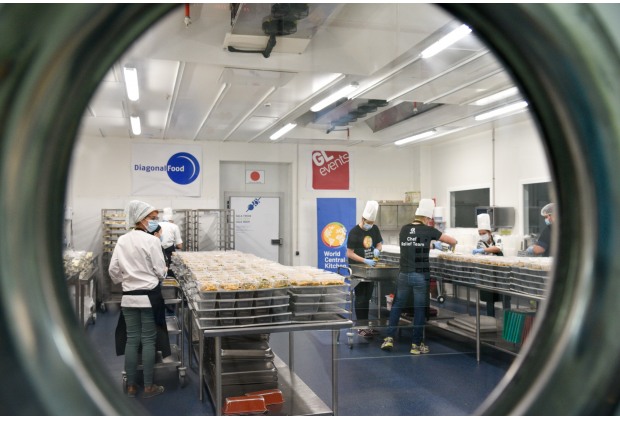 DISTRICLIMA and the CCIB, examples of companies commited to society

We are experiencing a difficult period with much uncertainty and people having serious difficulties, whether health, economic or both. These are also difficult times for companies and their workers, but it is also the time to bring out the best in each of us and show solidarity with those most in need. In this sense, the Barcelona International Convention Center (CCIB) is a clear example of a company committed to its environment, offering its kitchen (over 3,000 m2) to the chef José Andres' NGO, “World Central Kitchen” for the elaboration of about 5,000 solidarity menus a day. Thanks to this initiative, more than 175,000 meals have been distributed through the Food Bank to the most vulnerable groups in the city.

For its part, DISTRICLIMA is a company that has the commitment to the territory in its DNA and, in addition, has always been very sensitive to the reality of its environment, participating in various solidarity actions. On this occasion, how could it be otherwise, DISTRICLIMA wanted to collaborate with its client CCIB and with World Central Kitchen, assuming the consumption of heat and cold for the 2 months in which the kitchens of this building have been at full capacity.

The CCIB and DISTRICLIMA have been walking together since 2004, the year in which this emblematic building was connected to the, at that time, incipient DISTRICLIMA network and that 16 years later is the largest in the entire state and the best exponent of the City of Barcelona of a sustainable project rooted in the territory.